The Beacon at the Melton Road playing fields , which was installed as part of the centenary commemorations of the end of WW1, has now been augmented with a shield depicting the Melton emblem (also seen on the village sign). Designer Simon Benton joined members of the Melton Heritage group and Rachel Smith-Lyte and Colin Birkbeck, who kindly made donations towards the costs, to mark the shield being installed. 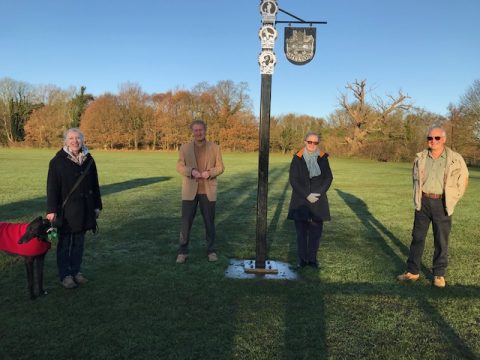 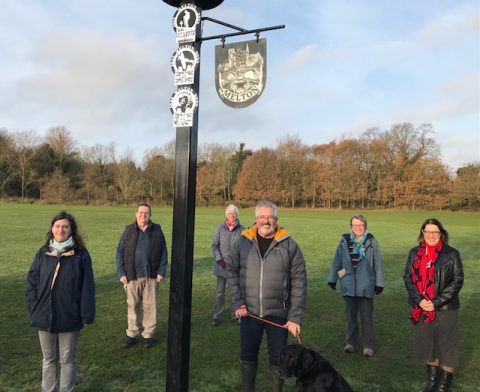