Firstly a Happy New Year to all my readers. Clearly, I am reaching a larger audience than just writing in the Melton Messenger now that a slightly shorter version appears in the In Touch with Melton, Rendlesham & Woodbridge magazine. I have received some good feedback from readers and quite a few emails that I have been following up. Thank you for your support and interest. Our most recent Full Council meeting on 13th January was a lively event where many decisions were made and action to implement them will start straight away. We have a reputation for action rather than just a talking shop. Indeed Melton is a great place to live.

Hedge cutting & path clearance
The verge along Melton Road was cleared at the end of November 2020. The footpath had become very narrow as the vegetation from our land was creeping across the pavement making it only usable in single file. The contractors removed the vegetation to the edge of the pavement and I think they did a great job.

The annual hedge cutting at the beginning of December was done by our regular green space contractor. We always wait until long after bird nesting season. They were only able to do the roadside initially as the ground was too wet to take heavy vehicles onto the playing field. The remaining hedge cuts were carried out in January.

New Shield on the Beacon
A new shield has been fitted to the Beacon at the playing field and along with the other roundels looks really splendid.

Recreation Ground Car Park
The resurfacing of the car park and extension of the path to the Pavilion is an adjunct of the Pavilion Project later this year. We intend to mark out the spaces properly. Currently the car park is an odd shape and visitors seem to park in a random manner and the resurfacing is long overdue. I remember it being mentioned when I first became a councillor ten years ago, so now at last we are doing something about it. The car park will become more oblong in shape and will hold 23 cars instead of 18. It will include a disabled parking space and hopefully a bike rack.

CCTV
The CCTV has shown some quite disturbing anti-social behaviour even to the extent where there were shenanigans on Christmas night just before midnight. You would think people would have better places to be. However since we put CCTV in the level of anti-social behaviour is less than it was.

Quiet Lanes Suffolk
This scheme was started as a pilot in 2014/15 with support from Suffolk Highways. A previous Melton Councillor did some work on it and suitable candidates were considered but not pursued. Now there is a new push to build a network of Quiet Lanes, following the successful implementation. There is money going into the scheme and SCC want as many parishes as possible to achieve economies of scale. The idea behind the Quiet Lanes is to designate some of our rural roads as safe routes for pedestrian, cyclist and equestrian usage with signs indicating that these users take priority over motorised vehicles. There would be no change to speed limits, although in the future there may be strategic discussions about lowering the National Speed Limits along all these routes. There are two lanes nominated for this project and they have been accepted by SCC. They are Lodge Farm Lane & St Audry’s Lane, both are popular with local walkers and cyclists, and taken together they form an arc between Yarmouth Road and Saddlemakers Lane. The Footpaths project that the Assistant Clerk is working on links with this project as the proposed route leads to several public footpaths/ bridleways, potentially forming a circular route. There would be 4 signs required along the route. Our East Suffolk District Councillor for Melton, Rachel Smith-Lyte, has offered a grant towards the cost of the signage. There is a mandatory consultation required with local residents and we will arrange this.

The New Pavilion
The new pavilion is in the final phase of public consultation and even appeared in the EADT. We have had mainly positive comments so far so that is good. At last we can move ahead and get something done as the current building is in a very poor state now. This has been made worse by the fact that half of the roof felt blew off last year during a very windy night of stormy weather.

Tennis Court Netting
We are seeking funding from the East Suffolk Council PlayPot to replace the current fencing. It is in a poor state of repair and many patches have been applied where vandals have cut the wire to gain entry. The replacement will be fit for purpose and reflect the importance that we give to this popular facility. We will try and get this done quickly whilst the courts are not able to be used because of the restrictions. PlayPot funds are added to by builders and have now been replaced by the Community Infrastructure Levy (CIL). We have to use our funds as soon as we can. 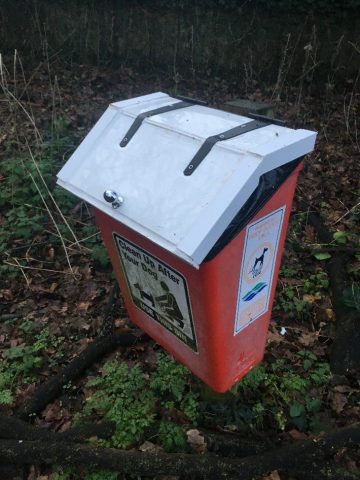 The doggy bin near Saxon Way had lost its lid so our maintenance officer made up a new lid from scrap parts. Make do and mend is still alive and well in Melton.

Land Transfer from ESC
The 21 parcels of land that are to be divested from East Suffolk Council (ESC) have been mentioned before in previous writings. The process has been delayed due to Covid-19 and the fact that one parcel of land was actually registered as two. The plan was to transfer the land in two phases but it has taken so long that they will be transferred in one fell swoop to quote Shakespeare.

We will be doing a highly detailed tree survey on all the land that we own to ensure public safety and highlight any work that is needed. We knew this had to be done and an increase in our precept will be made this year to help with the costs. Owning these pieces of land means that we can make take good care of them as they are in our back yard. The first major change is to improve the piece of land off The Street opposite McColls and make some car park spaces and some pleasant landscaping. 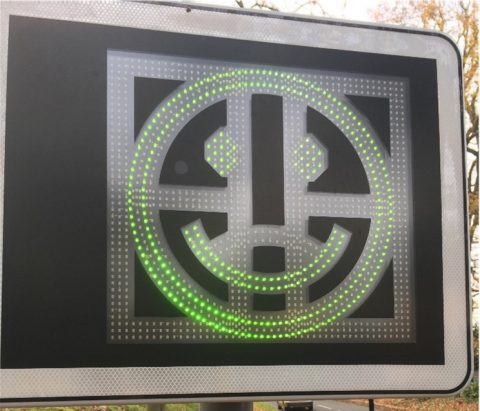 Speed Indicator Device (SID)
After spending a while in Yarmouth Road, the SID has been moved to Melton Road. There have been a few teething troubles but we now have two batteries so there is less of a delay in getting it going again when the battery needs to be charged. It does seem to have an effect. We have six locations in Melton where we can move it to.

Budget 2021/22
Our recent Council meeting also approved a budget for 2021/22. After making budget provision for inflation and maintenance on the land transferred, the Council agreed an increase to the precept equivalent to 5 pence per week for an average property. Melton Parish Council’s precept is very low when compared with similar parish & town councils in East Suffolk.

The Melton Trust
The Melton Trust was created from bequests by Richard Cook in 1539, Richard Halifax in 1699 and a gentleman named Histed (date unknown). It was established as a charity in 1897 as the Poor’s Estate Charity and funding incorporated a bequest from James Alexander Burness who also funded the much loved Burness Rooms.

Readers might remember that I have mentioned the Melton Trust in the past but, in this particularly difficult time, I want to remind everyone about it. The Trust was set up to make grants to residents of Melton “for the relief of need”. Anyone resident who can show they are in need, usually by being in receipt of state benefits, and has a particular need can apply for a grant. The trustees aim to respond quickly and are being as flexible as possible at the moment. Applications forms can found on the council’s website melton-suffolk-pc.gov.uk/the-melton-trust-help-for-those-in-need/ or email meltontrust.suffolk@gmail.com

Sizewell C (SZC)
In December’s Melton Messenger, I said that Melton Parish Council would assess EDF’s latest consultation proposals for SZC. This we have now done. EDF’s key proposal was to reduce the transport of bulk material by road by moving it by freight train (at night) and by sea. EDF proposes to run freight trains overnight through Melton and Woodbridge for 11 years from 2023 to 2034, possibly 6 days per week. In the peak years, 2024 to 2028, EDF would run between 7 and 9 overnight train movements.

Even at the proposed speed limit of 10mph through Melton and Woodbridge, the train noise and ground vibration would be very disruptive to residents within sensory distance of the railway, as would the fanfare of barrier alarms as the trains pass the level crossings in both communities.

The next stage of the SZC planning process, lasting up to 6 months, is the examination of EDF’s proposals by the Planning Inspectorate. The Examination stage will provide an opportunity for the Parish Council to submit further evidence in writing and orally (at virtual meetings). We wish, therefore, to compile evidence of local residents’ views on EDF’s plan to run freight trains at night through Melton and Woodbridge. Please email us at: cllr.banks@melton-suffolk-pc.gov.uk

The Fete
One topic I must mention is the fate of the fete. With so much uncertainty, even with a vaccine, it seems highly unlikely we will be able to commit to going ahead with any plans for a fete this year. Apart from anything else, as things stand, the Pavilion would be out of commission and that has always been our focal point where we gather with friends old and new. Sadly, that just does not seem at all likely to happen this summer and it’s best to let people know now. The good news is that there are plans afoot for a four-day Bank Holiday weekend in early June 2022 and we could start planning now for the next Fete to be held in 2022. The reason for the celebration is the Queen’s Platinum Jubilee and this is a golden opportunity for Melton because the Queen’s Diamond Jubilee in 2012 is where it all started with the first Fete. The icing on the cake would be to plan the Grand Opening of the new Pavilion! Of course, it is not just up to Melton Parish Council to help run the fete so we will be looking for other helpers in the local community.

See, there is light at the end of the tunnel!